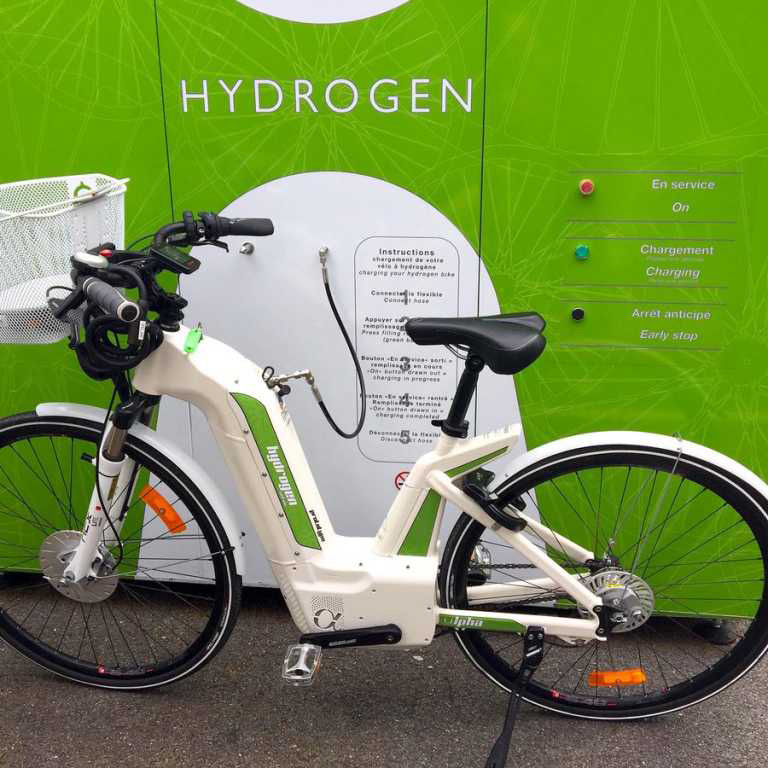 fuel cell bikes offer significant advantages over electric battery bikes in terms of both range and refuelling. Whereas batteries typically take several hours to recharge, hydrogen cylinders can be refilled in under 2 minutes.


Send email to us

fuel cell bikes offer significant advantages over electric battery bikes in terms of both range and refuelling. Whereas batteries typically take several hours to recharge, hydrogen cylinders can be refilled in under 2 minutes.

Our bike can run 150 kilometers. The bicycle weighs 29 kg, and its hydrogen power system is close to 7 kg, which is equivalent to the weight of batteries with the same capacity. It is expected that the next model will be lighter, which may reach 25 kg, and have a longer endurance.

"The advantage of hydrogen technology is that as long as 600 g of hydrogen is added to the system, it is possible to increase the available energy by 30%," the company said. For an E-bike, the same power requires an extra 2 kg of batteries. "

This kind of fuel cell bikes does not rely on batteries to generate electricity, but uses hydrogen to provide power. It looks like a bicycle, but its tires and front beam are wider and more stable than ordinary bicycles. And there's a two liter hydrogen cylinder hidden in the front of the car, which is also its power source.

As long as it is filled with hydrogen, it can run automatically like an electric car, and its range is very long. Basically, a can of hydrogen can run more than 100 kilometers. Based on the current price of hydrogen, basically 1.4 $ is enough. That is to say, only 0.014 USD per kilometer is enough, which is more economical than electric vehicles.

Moreover, it is worth mentioning that this kind of hydrogen energy electric vehicle is more environmentally friendly, and its speed is also very fast, and there are not too many restrictions when driving on the road, so it is a very good means of transportation.

Last but not least
Hydrogen used in bicycles is "green" because it is obtained by electrolysis of renewable energy. "A 7 kg lithium battery with 5-6 kg of different metals," the person said. And a fuel cell has only 0.3g of platinum, in addition, it does not mix with other metals, and the recovery rate is as high as 90%. "

And Fuel cells can still be used 15-20 years later. In 15 years, the performance of fuel cells will not be as good as before, but they can be used for other purposes, such as generators“ These generators are used to charge laptops, so they use very little power. "

Write your message here and send it to us